Partly responsible for the NFL merger following the Joe Namath-led team’s victory over the Baltimore Colts in Super Bowl III, the New York Jets are a cornerstone of the league. They look to get back to the playoffs this year, backed by their raucous fans at MetLife Stadium.

Your trip. Your way.

This is not your standard package holiday. All itineraries are custom made to your specifications. Naturally, flight, hotel, game tickets and tailgate form the basis of most packages but why stop there? Want to check out the local sites? Want to catch two games in the area or follow your team around the country? We can do that. Our passion is designing your perfect New York Jets trip!

All times are Eastern Standard Time

2019 Itineraries will be updated as soon as possible.

Ready now? Then let us know!

Starting at £870 per person

Starting at £1550 per person for triple occupancy

The biggest and best tailgate party for the New York Jets happens at Green Lot E before every Jets home game courtesy of the largest New York Jets fan club. TailgateJoe, as it is known, was born from a group of six friends back in 2000, but has now grown to hosting several hundred people each game day!

The lure of this New York Jets tailgate is the award-winning gourmet cuisine. You won’t find your basic tailgating fare here, as the grill masters take classic game day favourites and takes them up a notch, so much so that their tailgates have been featured on many national TV shows. With the dominant beer coming from Kelso of Brooklyn, a local microbrewery, this tailgate is all about combining a great atmosphere with the best food around.

With a portion of the proceeds from each game going towards cancer research, this tailgate will not only get you in the NFL spirit, but it is also for a good cause! If you’re going to a New York Jets home game, this tailgate is one not to be missed! 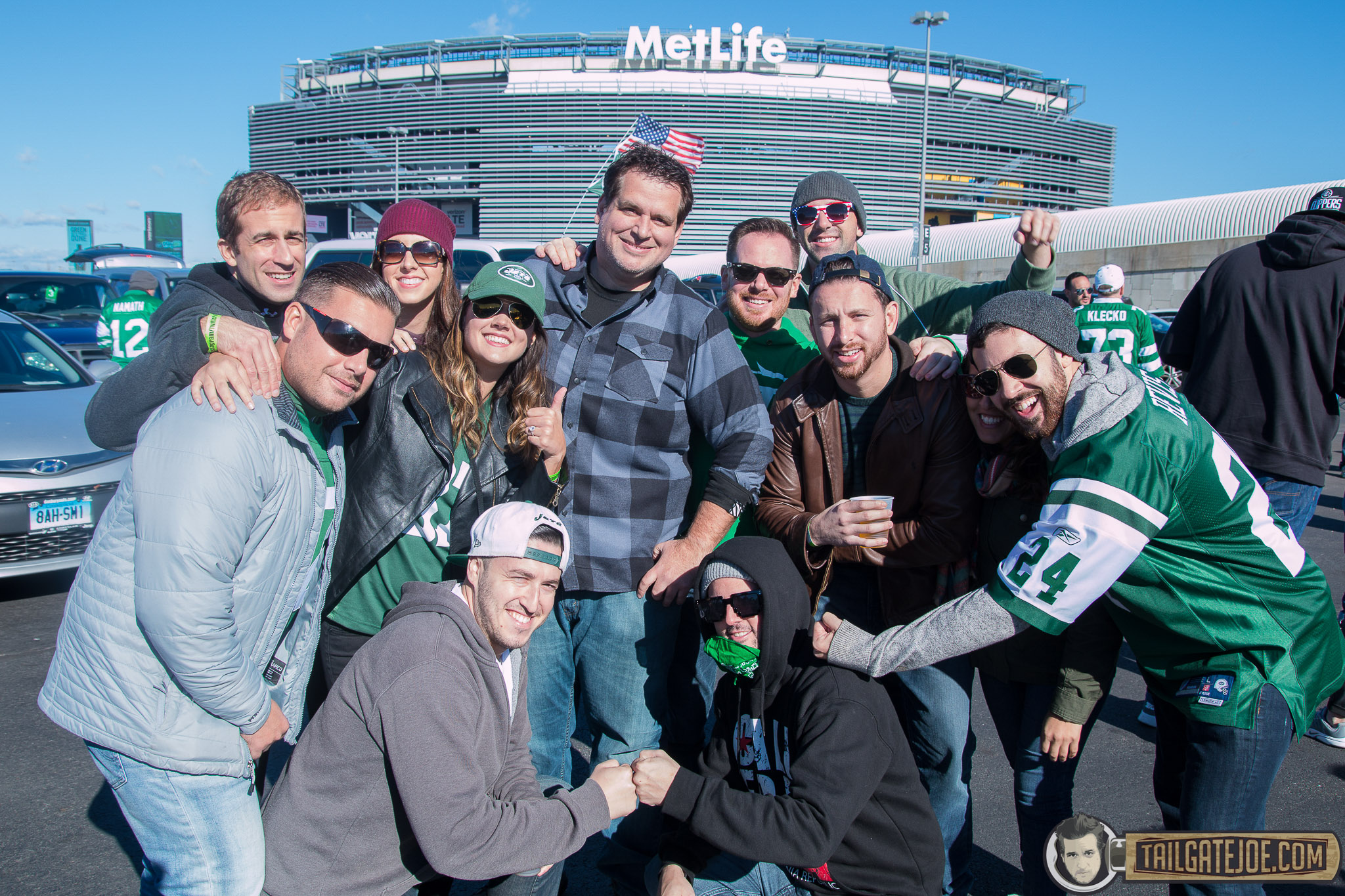 Things to Do – Yes, there is more than football!

New York City never sleeps so there is plenty for you to see and do during your stay. There are definite must sees for first time visitors so be sure to give yourself time to see as much as you can.

For repeat NYC visitors who are ready to explore the many layers of this multi-faceted city that many tourists don’t see, there is still so much to see. Venture beyond the boundaries of Manhattan and discover a fascinating world of ethnic, culinary, and cultural delights in the Bronx, Brooklyn, Queens, and Staten Island. Experience more of a local neighborhood by choosing a hotel outside midtown.