Touchdown Trips recently had the pleasure of visiting the great state of Texas for a Cowboys game. But a trip to see Jerry’s boys in action shouldn’t be just confined to Arlington – the area centred around the twin centres of Dallas and Fort Worth has a tonne of amazing things to offer and AT&T is just the tip of the iceberg.

“That’s where the old Cowboys Stadium used to stand” my driver wistfully told me on the way from the airport to my hotel. “The day they demolished it, people were lined up all around and they had to close the roads. It was like a public funeral”. Indeed the Cowboys’ old home in Irving had been the site of many of the franchise’s greatest moments. They won all five of their Super Bowls during their tenancy in the famous stadium, becoming America’s Team in the 90’s with the likes of Troy Aikman, Michael Irving and Emmitt Smith propelling Dallas to dynasty status (although on TV Dallas was obviously better than Dynasty).

But in 2008, they turned out the lights, blew it up (or inward) and moved onto pastures new. New and shiny and big – very, very big. AT&T Stadium really has to be seen to be believed. The first billion dollar stadium in the World sits in Arlington like a giant spaceship that’s just landed – glistening in the Texas sun. Jerry Jones wants everything he does to be bigger and better than his rivals and it shows. The stadium is always immaculately clean – there were guys mopping the roof the day following the game – and as you approach it you can’t help but be overwhelmed by the scale of it. The stadium is built very much with the fan in mind and despite the fact it can accommodate over 100,000 fans, there is not a bad viewing spot in the house. The seats are incredibly comfy with nice leg room and if you’d rather stand, fans can purchase a Party Pass and hang out with a beer and snack and watch from the open areas. 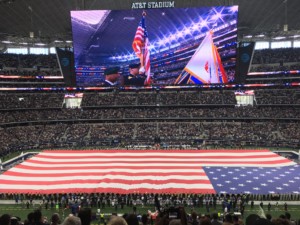 The concourses are sweeping and huge and the choice of food and beverages are unparalleled. Jones spared no expense on the materials used, with marble containing a mineral that reflects Cowboy blue adorning the bar surfaces and floors selected at far greater expense than regular marble would have been. Also with the fans in mind, Jones decided the media should be perched in the upper corner of the stadium, as opposed to midfield where you find the majority of press boxes. His reasoning? Fans deserve those seats more.

And then there’s the screen. You may have seen it on TV, but to witness this behemoth that stretches from one twenty yard line to the other in person is truly awe-inspiring. This HD mega-screen is used to full effect before and during the game, showcasing the Cowboys’ cheerleaders routines and highlighting in slow-mo key points in the game. A tour around the stadium is a must for any football fan and we can arrange these as part of any Cowboy fan package, as well as a kick-ass tailgate just 5 minutes’ walk from AT&T.

But time in Arlington is just part of a Dallas sports trip and it’s highly recommended that fans experience the nearby cities of Dallas and Fort Worth to maximise their time out there. Big D is 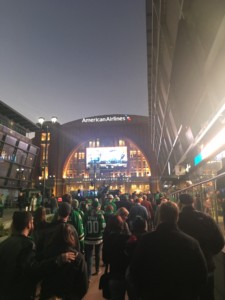 The walk up to American Airlines Arena

shiny, modern and full of things to do. Of course there’s more sports available – with the American Airlines Arena playing host to the Dallas Stars and Mavericks – and a trip to another sporting event is almost a must-do if the schedule permits. The arena is easily walkable from most downtown hotels and has a fantastic piazza in front that plays hosts to live music and social events. An NHL or NBA game provides an essentially American experience, with the former always throwing up the chance of a bare knuckle fist fight and the latter presenting the potential of a last second buzzer-beater to win the game. Like AT&T (albeit on a smaller scale), the arena features HD screens on which to follow the action and participate in fan-cam and games during breaks in the action.

Dallas itself also plays host to a load of world class bars and restaurants, including The Rustic – specialising in Southern cuisine and with a fantastic outdoor area with a stage for live music and hanging out on an evening. We also took an e-frog – basically an extended golf buggy tour of downtown that is useful for pointing out the major sights (including the book depository where Oswald shot Kennedy from, allegedly) and getting you from bar to bar if you fancy it. And speaking of bars, there are some great neighborhoods including Deep Ellum and Lower Greenville that are teeming with eclectic bars, restaurants and live music venues.

Fort Worth offers a different but equally awesome proposition when staying and visiting. The city itself has a more close-knit, historical feel to it and is

very easy to get around. Highlights include Sundance Square, the Fort Worth Zoo and the Kimbell Art Museum. However the standout spot to visit is the Fort Worth Stockyards – where you literally step into Cowboy Country. Every weekend there are cattle drives and auctions and rodeos. With real Cowboys and everything! The area is home to some excellent restaurants (especially if you like steak and/or barbecue) and Billy Bob’s – the world’s largest honky tonk. Its scale is impressive, atmosphere phenomenal and you can line dance, shoot pool or maybe catch a country legend live on stage. It’s a bit like being in the Blues Brothers but without the underlying threat of violence from the locals.

At Touchdown Trips we can make all or some of the above part of your Dallas sports holiday – and in fact would recommend you do – to truly maximise your experience while visiting the Lone Star State. For more information and trip ideas, just give us a shout! 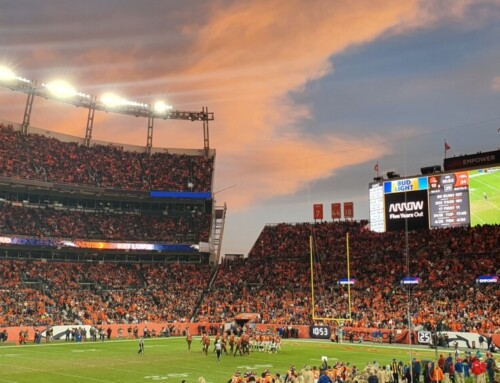 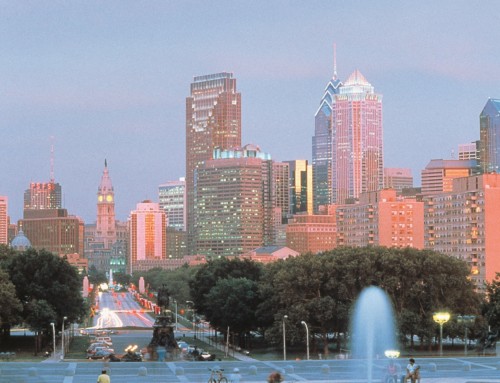