With the 2021 NFL Schedule release this Wednesday (12 May) at 8pm EST (so Thursday at 1am for all of us in the UK and Ireland), we’ll finally learn the all-important answers to who is playing where and when from September, as we look ahead to a season with fans back in stadiums and – hopefully – travel to the US from the UK being possible again. We’re gearing up for providing unforgettable trips for fans who have had to watch the action from home for a year and a half – and ensuring the same peace of mind as last year with full booking flexibility should things not go the way we’d hope.

With newly drafted, highly touted rookie QBs entering the fray, wily veterans returning to the scene of past glories (or looking to move away in one case) and battles for supremacy at stake in both the NFC and AFC, there are some CRACKING match-ups on the horizon this autumn to look forward to. We’ve taken a deep dive into this year’s fixtures and identified ten games not just for the teams involved, but also the cities and stadiums in which they’re played, that should be well worth flying 3,000+ miles for!

Lamar Jackson v Patrick Mahomes – need we say more? The two most dynamic, explosive QBs in today’s NFL meet again this season and so far it’s Mahomes who has bragging rights, who is undefeated against Baltimore. For Jackson and the Ravens, if they want to get over that AFC hump from ‘very good’ to ‘elite’, they’ll have to beat KC at some point and will view another match-up at M&T, with a home crowd behind them, as a prime opportunity.

As far as Baltimore itself, it’s a great destination for a long weekend trip. With a lovely harbour and great neighbourhoods in which to go out, the stadium is also walkable from your downtown hotel. The tailgates are legendary and if you fancy a cheeky trip to check out Washington DC, it’s only a 40 min train ride. While it may not be for this game, if you’re a Ravens fan and would rather head out with others to see a game as a group, we’re running another Baltimore Tour this year.

While neither Aaron Rodgers nor Russell Wilson are particularly happy campers at the moment, we’ll make the assumption for the sake of this fixture that both of them will be playing for the respective teams again this season. And if they are, this brings together two former MVPs and most competitive QBs in the game in a match-up that’s seen some classic meetings in the past (we actually went to see the reverse fixture in Seattle on our 2018 Pacific Coast Tour). The Packers were a game away from the Super Bowl last year, while the Seahawks (who lost to Green Bay in last year’s Divisional Playoffs) should again be strong and vying to regain the NFC West.

Green Bay of course is a legend in its own lifetime. A truly unique place to visit for a game, this small blue collar town lives and breathes Packers football. Lambeau is a simply amazing arena in which to watch the action and for first timers, a guided tour is also mandatory. The locals are fabulously friendly and we’re particular fans of the local grub – bratwurst  and deep fried cheese curds (yeah, they might not sound appetising but don’t knock it if you’ve not tried it!). We also can’t wait to put together the UK & Irish Packers Tour again in 2021!

If you’re looking to see the future of the NFL unfold before your very eyes, the first two picks of the 2021 Draft will meet at MetLife Stadium as the Jags and Jets both look to start new, successful eras with brand new signal callers. In the green corner, we’ve Zach Wilson – BYU phenom and all round clean cut guy. In the teal corner, we’ve Trevor Lawrence – the best QB prospect since Andrew Luck, complete with long flowing locks and a cannon arm.

We also love a football trip to New York for fairly obvious reasons. Firstly, MetLife Stadium is big, lovely, shiny and has good views from pretty much anywhere. The tailgating scene is very good too, with ample parking lots for the unloading of grills surrounding the place (ours naturally includes all your food and drink). Second, NYC is one of the quicker flights from the UK, making it a great choice for a weekend football getaway. Finally you’ve got all the sights and sounds of the Big Apple to enjoy – and can do pretty much whatever floats your boat.

The Browns are back baby! Cleveland fans have stood by their team through thin and thin over the past 20+ years, and that loyalty looks like finally being repaid by a squad that looks ready to compete for it all. Baker Mayfield took the leap forward that Cleveland fans were praying for last year and he has a more-than capable supporting cast of bruising backs and tough, athletic receivers as well as a formidable defence built up through some great free agency and draft additions. This game sees them face their old nemesis – Big Ben Roethlisberger and the Steelers – and having booted them from the playoffs last year and beating them at home without fans, they’ll want to do it in front of the Dawg Pound in 2021 and the atmosphere should be electric.

Cleveland itself makes for a great football trip. The town bleeds orange and brown, has a thriving nightlife and things like the Rock and Roll Hall of Fame or a Cavaliers game to keep you occupied. It’s also just an hour from the Pro Football Hall of Fame, which we unreservedly recommend any fan of the NFL makes a pilgrimage to.

OK so we’ve skirted around it, but this fixture is in many fans’ minds the Big Daddy of 2021. Reigning Super Bowl champion Tampa Bay heads into six time champion New England’s Foxborough home – quarterbacked by some guy called Tom Brady, who may have a bit of history here. The Pats can never be counted out and Bill Belichick will see this as a chance to show they CAN do it without Brady, whether it be with incumbent Cam Newton or rookie Mac Jones. Meanwhile if Tom says this is just another game, he’s lying and we’d bet that despite the notoriously hostile New England crowd, he’ll get the welcome of a returning hero.

Outside of this epic encounter, we can always recommend Boston as one of the best cities to visit for an NFL trip. The city’s fantastic – with a beautiful harbour and historic district along with ample nightlife options and one of the best Little Italy neighbourhoods in the US. We also like the high probability of being able to catch a Celtics, Red Sox, Bruins or Boston College game depending on schedules.

New  Orleans Saints v Buffalo Bills – arguably the most fun of any NFL city, with one of the loudest stadiums and even though Brees is gone, the Saints are always competitive and Josh Allen and the Bills are a lot of fun to watch.

Las Vegas Raiders v Los Angeles Chargers – We’ve GOT to get out to Sin City and Allegiant Stadium and this match-up in the brutal AFC West looks appealing, with Justin Herbert’s Chargers improving by the game.

Dallas Cowboys v New York Giants – This match-up has so much rivalry and history. Barkley should be back for the G-Men and Prescott for the Cowboys, meaning the NFC East may not be terrible this year. Plus, Dallas and AT&T Stadium are great places to visit.

Miami Dolphins v Indianapolis Colts – Miami continues to build and should push for the AFC East this year. The Colts now have Wentz and a very strong squad. Plus you’ve got South Beach to kick back in and a great tailgate – need we say more?

We’re hoping we’ll see the USA on the UK government’s ‘green list’ soon and from the moment of NFL schedule release, we’ll be offering our usual selection of ANY GAME YOU WANT – with a tailor made itinerary just for you including everything you need (flights, hotels, game tickets, tailgate) plus anything extra you want (tickets to college, other sports, local excursions, etc). But as things are still a bit uncertain, we will still be offering the same booking flexibility we did last year – with refunds or fee-free rebooking if it means your trip isn’t possible. Also for 2021, we’re proud to be able to offer:

If you can’t wait for the NFL schedule to start planning, you can send us your dream trip enquiry or even start a payment plan (which gives you priority booking status) today.

The wait is almost over. Come Wednesday night, let the thoughts of gridiron battle once again commence! 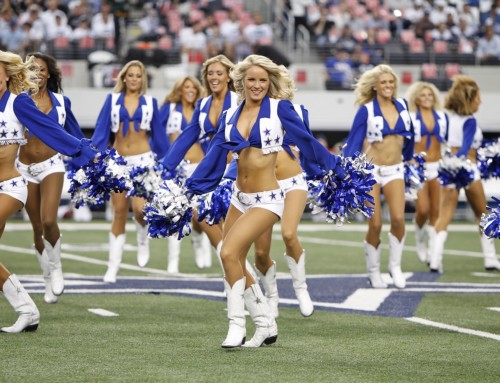 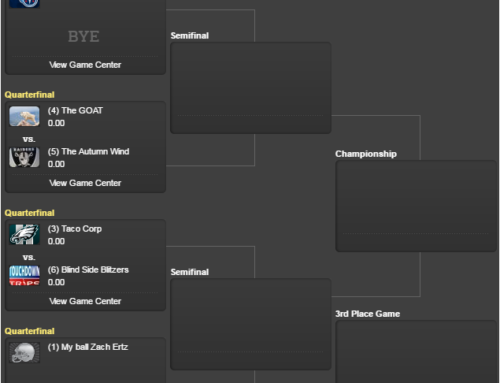 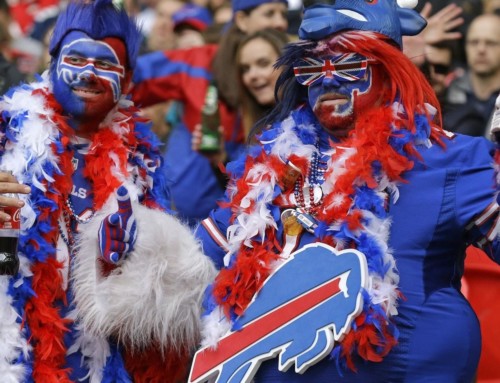 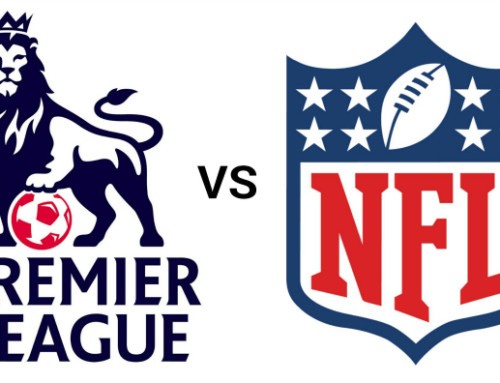 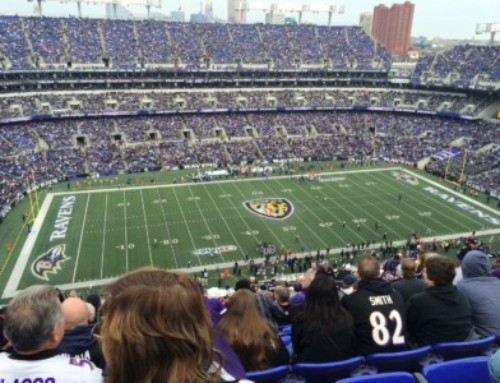 Sunday Worship – The Power of Gameday