The glory of a multi-city NFL trip

If you’re a UK fan, the prospect of taking an NFL trip to see your team on home turf, in their natural habitat and surrounded by a stadium of your fellow screaming fans is something you dream about.  Whoever you support, the prospect also throws up a lot of unknowns.

For one thing, it’s going to be a lot further to travel than taking a train to Wembley. Then there’s the logistics of getting the most out of your time when you’re there. This is your hard earned holiday after all. Fans of, say, the Philadelphia Eagles may head to the City of Brotherly Love for a week’s trip, see the game on the Sunday, then spend the rest of the time hanging around Philly which while a great city, seems a shame with so much more you can potentially do outside of the downtown attractions.

If you’re going to go all the way to see your team play a home game in America, why stop there? The main component that adds cost to a trip are international flights, which are going to be roughly the same whether you fly into and out of the same airport or decide to take in a second city, flying back from that airport instead. The beauty of the NFL, and in particular divisional rivalries, is that it lends itself to relatively close geographical game locations, but with cities diverse in their individual characteristics, attractions and feel.

These cities can normally be travelled between relatively inexpensively with cheap domestic flights or taking the train (Amtrak). For example New York and Washington are separated by less than three hours on the train, so if your Giants happen to be playing away at Washington next, you can take advantage of a home game at MetLife, before inexpensively transferring to your second city of the trip, take in the nation’s capital (with its cheaper accommodations than NYC) and enjoy a game at FedEx Field. 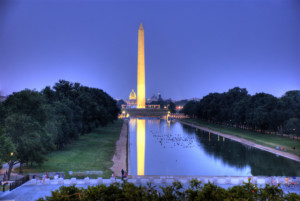 This brings us onto the other benefit of such an NFL trip – the chance to enjoy a game in America as an away fan. With the non-sectarian nature of NFL stadium seating, this presents the opportunity of experiencing other fan bases – who are largely welcoming if a little competitive – and other stadiums. It means you can find solace with pockets of your own team’s fans (or huge swathes of them if you follow the Steelers or Packers) and hopefully high fiving your team off the field following a famous victory.

The other option such an NFL trip gives to the more adventurous traveller is the opportunity to rent a car and drive between football cities. The US is an expansive, beautiful place and if you can do this, it’s absolutely recommended that you do. Many college stadiums are situated in fairly remote locations, away from the hustle and bustle of major cities and in many cases a fair distance from local airports. Private transfers in such situations can be expensive, while a rental car and a parking pass for the game gives the travelling fan much more freedom to march to their own beat (and roll right up to tailgate too).

At Touchdown Trips, we encourage you to take charge of your own football holiday. Embrace the adventure and get the very most of your NFL trip. Our role is simply to listen, suggest and then make it happen. Ready to go?